Mercedes electric 4x4 concept is up for anything 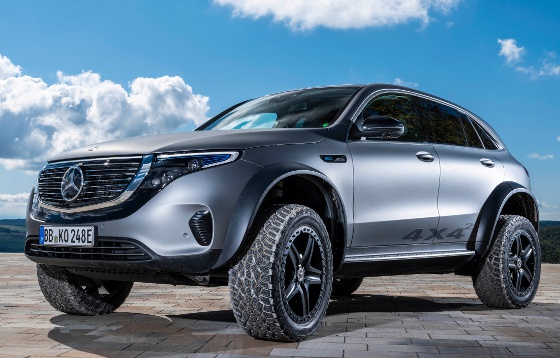 Don't you love it when you see a one-off automotive concept car and just start hoping it really makes it to the mass market? Such is the case with the Mercedes EQC 4x42, an all-electric concept built by a special group of Daimler/Mercedes engineers to mash luxury and extreme off-roading into one fun and exciting vehicle. 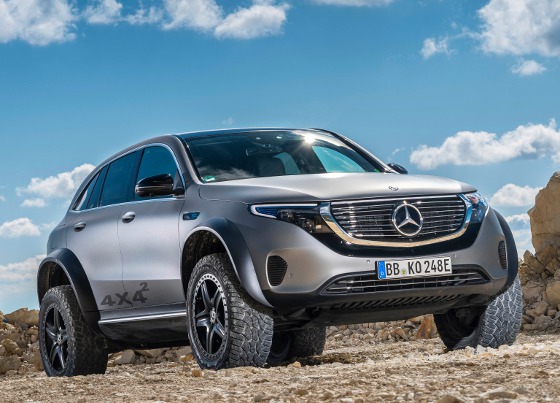 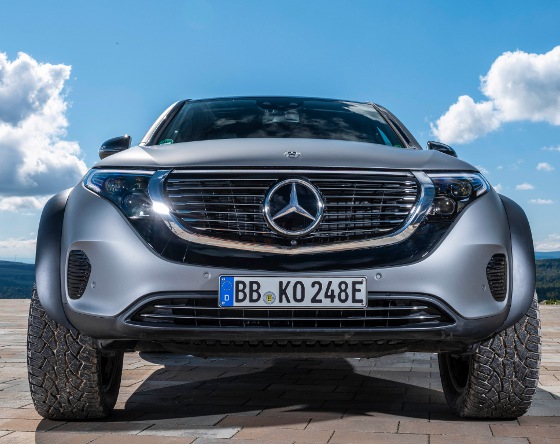 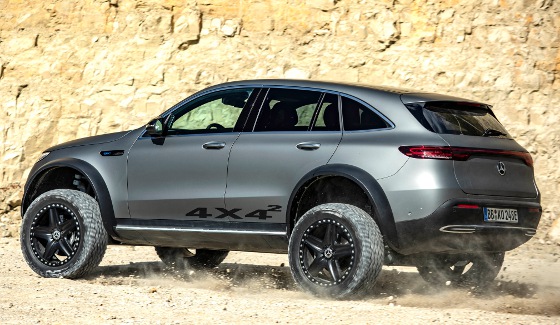 The EQC 4x42 is based on the first all-electric production electric car -- the $67,900 five-passenger Mercedes-Benz EQC 400 4Matic SUV -- under its new sub brand called EQ. That real-world vehicle should go on sale this year, first in Europe. It boasts two electric motors -- one at the front axle and one at the rear -- with a combined output of 300 kW (408 hp). On a 4x4, that should be fun! It is loaded with both luxury and high-tech features and goes 285 miles on a full charge. Using fast charge, it can be topped off in 40 minutes.

For the EQC 4x42 concept, the engineering team wanted to focus on pushing its street vehicle to the next level. "Our aim is to combine modern luxury and sustainability with emotional appeal," said Markus SchÃ¤fer, member of the Board of Management of Daimler AG and Mercedes-Benz AG responsible for Daimler Group Research, and Mercedes-Benz Cars COO. "The EQC 4x42 shows how enjoyable sustainable mobility can be. This is where electromobility high-tech and an intriguing customer experience are transferred to the mountains. To put it succinctly, electric, progressive luxury goes off-road."

The 4x42 has a striking visual appearance that is highlighted by a matt metallic gun-metal grey car film and black wheel arch flares. 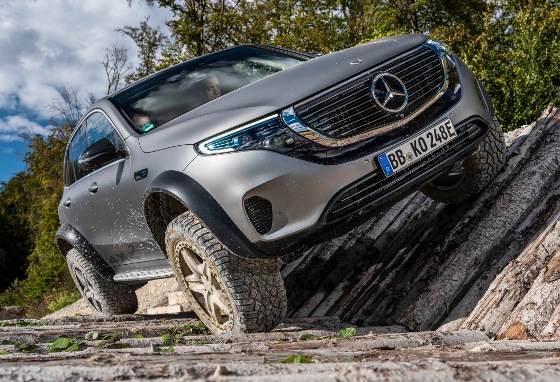 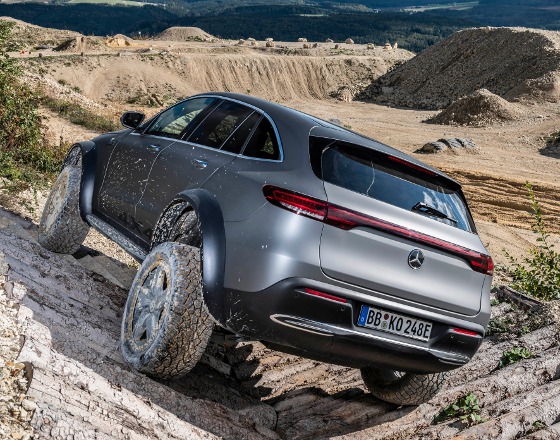 The EQC 4x42 rides more than twice as high as a production EQC. Even a G-Class, that boxy Mercedes all-terrain vehicle, rides 58 mm lower. The fording depth is increased by 15 cm to 40 cm. Mercedes says the ground clearance is made possible "by the conversion to portal axles: unlike conventional axles, the wheels are not at the height of the axle center, but are instead situated much lower down on the axle hubs owing to the portal gears. Or conversely, the entire vehicle moves up. The 4x42 suspension is attached to the same body mounting points as the standard suspension." 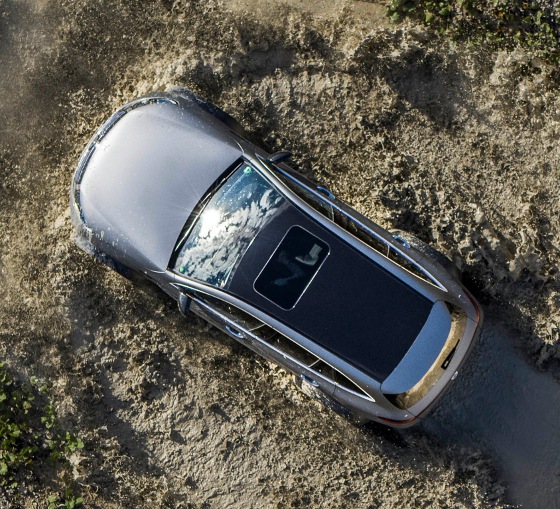 Mercedes say the reprogrammed Off-Road drive programs for the EQC 4x42 take advantage of the high-performance logic of the current GLC models. For example, using targeted brake interventions, this enables an improved torque curve when starting on loose ground. In combination with the tires in size 285/50 R 20, the result is an impressive sure-footedness in terrain.

the 4x42 supports trailer operation and installation of a roof rack. 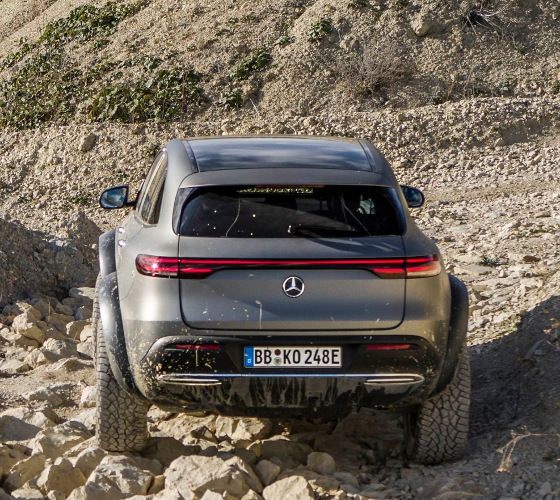 Another cool feature of the EQC 4x42 is that it not only makes its own rev and ride sounds (it is a silent electric car at its heart, after all), but they come through the headlights. The production EQC uses the external noise generator (Acoustic Vehicle Alert System, AVAS) to reproduce the sounds. The EQC 4x42 has a more powerful AVAS designed specifically for it and uses the headlamps as external "lampspeakers." 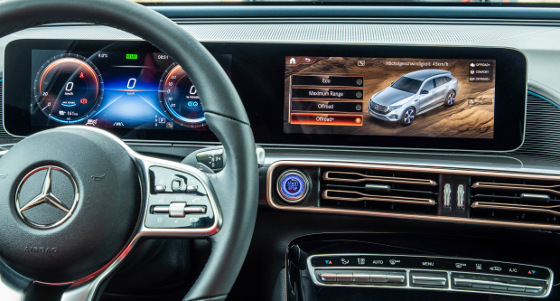 Inside, sound is important too. The acoustic production comprises sounds that give the driver feedback on system availability and vehicle parking, as well as an interactive, emotional driving sound. It is influenced by various parameters such as the position of the accelerator pedal, speed, or energy-recovery rate. The technology uses intelligent sound design algorithms to calculate the sounds coming from the amplifier of the sound system in real time and the interior loudspeakers to reproduce them.

Will Mercedes really make the EQC 4x42? That is still up in the air, but it isn't totally out of the question. The G 500 4x42 concept was actually built in series production beginning in September 2015. For now, even though there were not a lot of extra details available on this build, it's fun to see Mercedes loosen up a bit.