60 Years Ago: First launch of a Saturn rocket 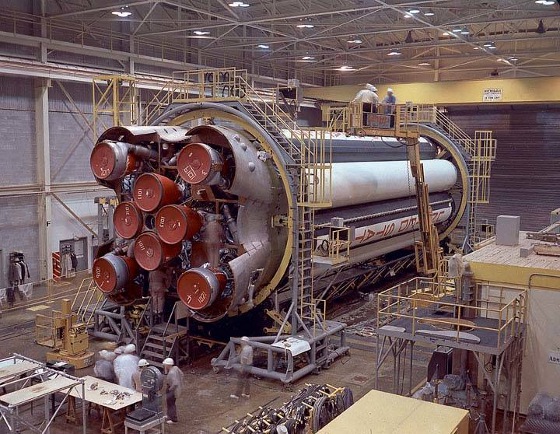 In October 1961, as NASA celebrated its third anniversary, the agency could already look back on a series of significant accomplishments. It had established several new field centers around the country to help develop and implement the nation's human spaceflight program.

The first program, Project Mercury, had already flown two suborbital crewed missions, and preparations were underway for the first orbital mission in early 1962. Five months earlier, President John F. Kennedy had committed the nation to landing a man on the Moon and returning him safely to the Earth, and NASA's Project Apollo would accomplish that task. This endeavor required a family of new large rockets called Saturn, and on Oct. 27, 1961, the first Saturn rocket took off from its seaside launch pad in Florida.

In 1957, while working with the Army Ballistic Missile Agency (ABMA) at the Redstone Arsenal in Huntsville, Alabama, Wernher von Braun and his team of engineers began studies to build a rocket with a then-unprecedented thrust of 1.5 million pounds. On Aug. 15, 1958, the Department of Defense's Advanced Research Project Agency (ARPA) formally authorized the project, designating it as Saturn on Feb. 3, 1959.

On Dec. 15, after studying various configurations, ARPA settled on the initial rocket called the Saturn C-I, simplified to Saturn I in February 1963. The booster stage consisted of a core liquid oxygen (LOX) tank derived from the Jupiter rocket surrounded by eight tanks modified from the Redstone missile, four containing RP-1 kerosene and four containing LOX, powering a cluster of eight H-1 engines, upgraded versions of powerplants used on Thor and Jupiter rockets. Use of legacy hardware minimized the retooling needed and lowered overall development costs.

A Saturn C-I first stage test vehicle, designated SA-T, was placed on a static stand at the Redstone Arsenal with the first firing on March 28, 1960, an eight-second test of two of the stage's eight H-1 engines, with the first eight-engine test taking place on April 29. On July 1, 1960, management of the Saturn program was transferred to NASA's newly established George C. Marshall Space Flight Center (MSFC) on the site of the ABMA and Redstone Arsenal in Huntsville. A model of the Saturn C-I was on display during MSFC's formal dedication ceremony, attended by President Dwight D. Eisenhower, on Sept. 8, 1960.

Assembly of the booster for the first launch, designated SA-1, began at the Redstone Arsenal on May 26, 1960. Engineers there fabricated a dummy S-IV second stage in January 1961. A dummy S-V third stage arrived at the Arsenal in February 1961 from the Convair manufacturing plant in San Diego. The second and third stages were mated together, and the entire vehicle assembled horizontally in February 1961. On April 29, engineers test fired the SA-1 booster in the static test stand at MSFC, a 30-second firing of all eight H-1 engines. 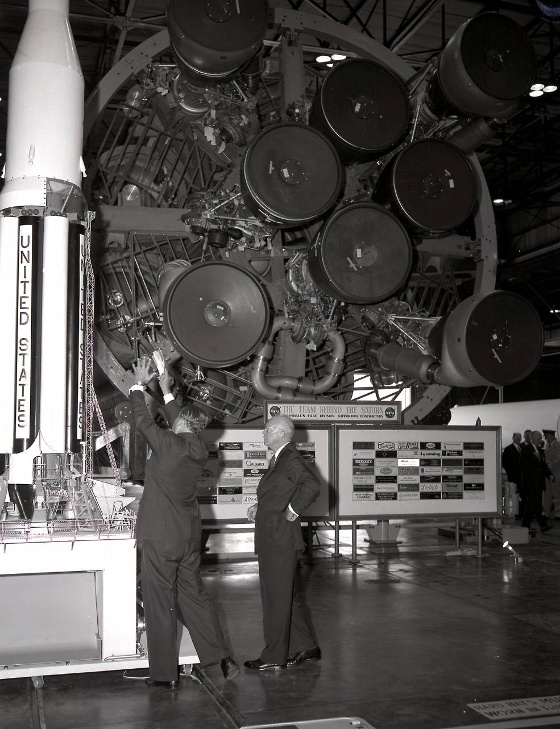 To accommodate the large Saturn C-I rocket for preflight processing and launch, workers began construction of Launch Complex 34 at the Cape Canaveral Air Force Station (CCAFS), now the Cape Canaveral Space Force Station, in Florida, in June 1960. Following a small dedication ceremony on June 5, 1961, the facility was turned over to NASA. 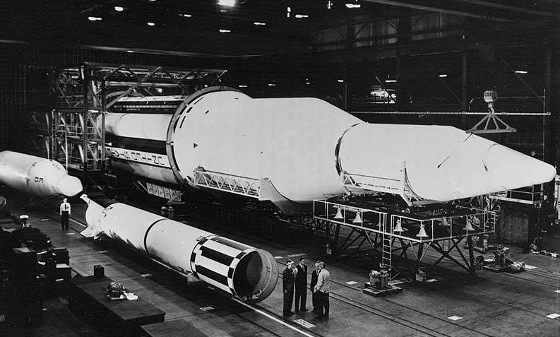 The dummy third stage arrived at CCAFS from MSFC by barge on April 30, 1961. The live first stage and dummy second stage arrived by barge on Aug. 15. Stacking of the SA-1 first stage at Launch Complex 34 took place on Aug. 20, 1961, with the addition of the dummy second and third stages and the nose cone the following day. The second and third stages were filled with 90,000 and 100,000 pounds of water, respectively, to serve as ballast during the flight. A first stage tank pressurization test was successfully completed on Sept. 6, clearing the way for the launch.

The Saturn SA-1 vehicle, 162 feet high and weighing 460 tons, lifted off from Launch Complex 34 on Oct. 27, 1961. The booster stage produced the intended 1.3 million pounds of thrust -- later versions of the rocket increased the thrust to 1.5 million pounds -- lifting the rocket to an altitude of 85 miles. The four inboard engines shut down after 109 seconds of burning; the four outboard engines cut off six seconds later. At a maximum speed of approximately 3,600 miles per hour, the Saturn followed a precalculated flight path to land within 13 miles of the predicted impact, over 214 miles from its launch site. The flight was considered essentially flawless. 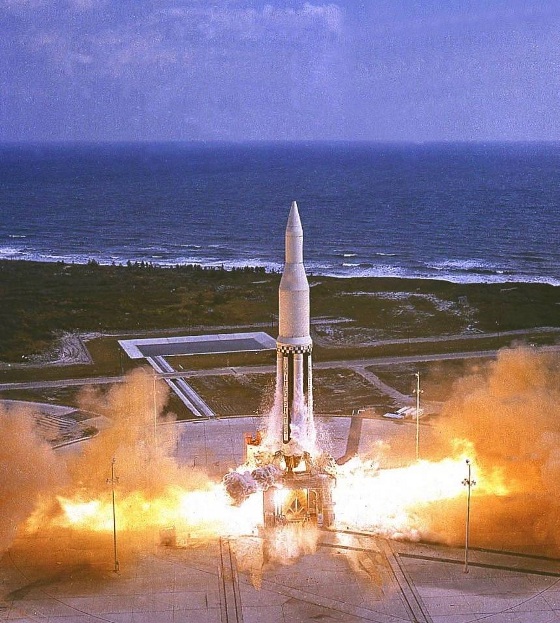 VIDEO: Watch the nearly hour-long documentary "How One Man Won The Space Race For America (Apollo Program: Saturn V Documentary)" on Spark's YouTube site here. This is a very interesting presentation, if you have the time.

Learn more about NASA history at https://www.nasa.gov/topics/history/index.html. A big thanks to NASA and author John Uri for penning such interesting and detailed accounts for all of us to enjoy.